Recently I wrote about what’s possible and not-possible with Global and Context variables: Power App Variable Checklist.  It was suggested that I create a similar Control Variable checklist.  That was a great idea and it reinforces just how similar ‘Control Variables’ are to the real thing!

I’ll use the same simple data sample that I used for the Global and Context variables.  I’ll assign information on students to a ‘Control Variable’ from a Collection

It’s important to understand that the format of the output formula depends on the control being used.  For example, a With function in a Label can create a ‘Control Variable‘ that contains a record, but the output must reference a field (by using the dot.notation).  If the output refers to the full record then it cannot be displayed in the Label and it will generate an error.  Irrespective of the ‘Control Variable’ that is created, a Label has to display a single field.  It cannot display a record 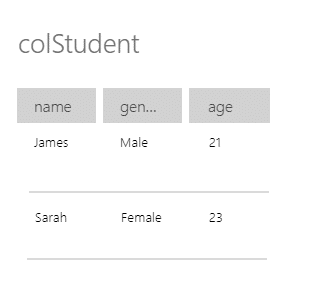 The output of the With function can also be another function, as in the Patch example below.  To help clarify, I’ve added the result of the output formula below

Feel free to ask any questions you may have.  I’ll be happy to answer